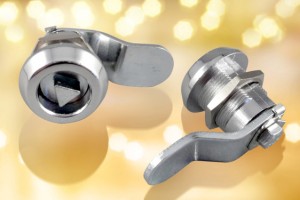 Our fantastic team at FDB  pulled all project strings together to successfully deal with a Middle East based enquiry from a client requiring locks for 18,000 galvanised steel boxes designed to house water meters. The specification called for a securing of the enclosure door with a plastic clip-in, quarter-turn latch – simple to fit and, bearing in mind the quantity, relatively low in cost.

However, the enclosure manufacturer sought guidance from us and, says team leader Terry Cantle,  “We felt that the proposed plastic latch would be unsuitable for the service conditions that were likely to be encountered by the boxes.” Therefore a small but extremely robust diecast lock with steel cam was suggested for evaluation by the client. “In order to stay within the budget constraints we proposed that the lock be supplied zinc-plated rather than its usual chrome-plated finish.” We then supplied sample locks to incorporate into the prototypes and subsequently to gain the approval of the client to proceed.

The team then set to addressing the logistical supply chain problems to meet the short timescale required as the box manufacturer had been given only three months to complete the contract and, with a fixed completion date in place had set up additional facilities in order to meet the production schedules. “There could be no slippage on delivery of the locks as twelve, 40 foot containers had been pre-booked for the shipment” explains Terry.

We began to deliver at the required rate of 1500 locks a week but after four weeks increased this to 2000, thus facilitating completion of the contract in ten weeks. As the delighted manufacturer stated: “We invested a considerable amount of time and money in planning and producing the enclosures at the required rate so it was vital that the supplier of the locks was able to keep up with the schedule and FDB did not let us down.”

These popular gaskets are commonly used to fit a channel on an enclosure frame or door where the hollow section seals against flat mounting surface and tightens into the channel when compressed, to increase sealing. Find out more at https://my.mtr.cool/qbzlxpgasq #handles #ukmfg

We are aware that the term “handle” covers a wealth of types and styles – which is why we carry stock in depth with listings of 99 line items at our Online store. Find out more at https://my.mtr.cool/kpklsxxjxy #handles #ukmfg

FDB is your central online source for ex-stock panel hardware – all from a knowledgeable and very experienced team - so if you need the help of a real human being then it's readily available! https://my.mtr.cool/leeftvlnuy